Flugsvamp Admin seeks retrial - and is now on the run 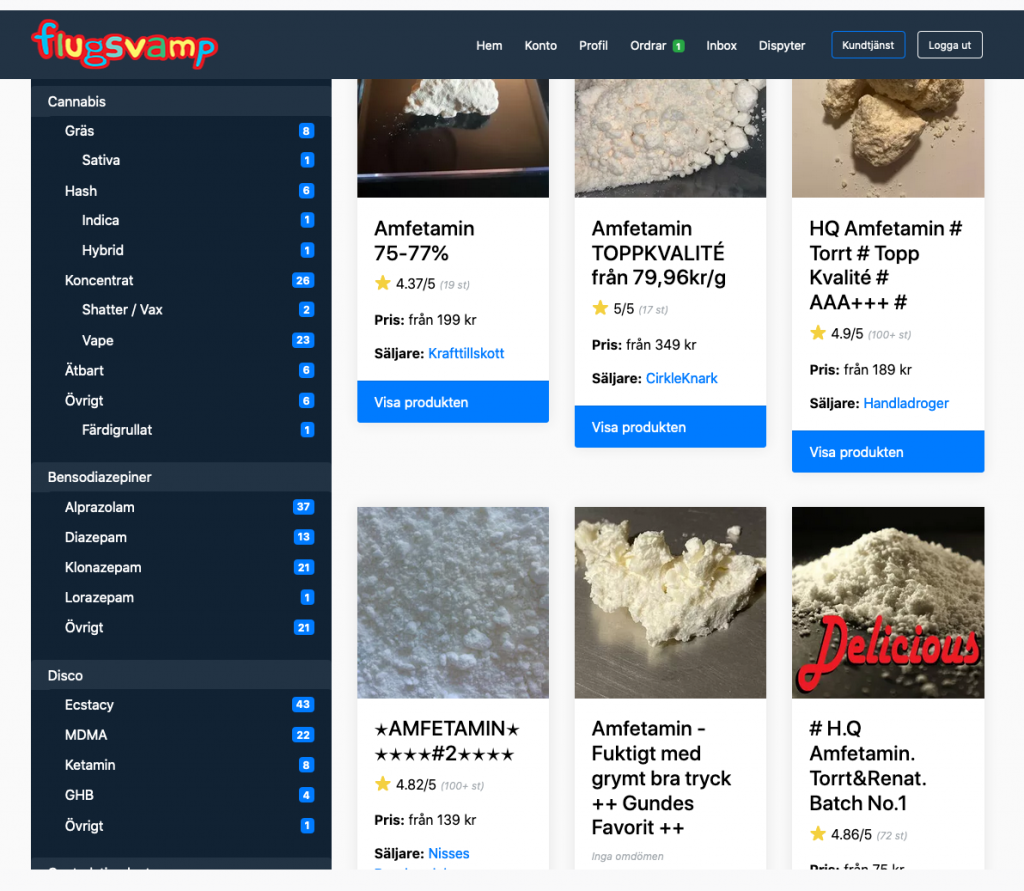 Alexander Gustafsson, who ran the dark web market site Flugsvamp 2.0, was identified in 2018 and charged in the district court. The prosecutor asked for 14 years but the 30-year-old man was acquitted of the charges.

“It is absolutely impossible that there is one person responsible for this. You can compare with Tradera where there are perhaps 50 people working”, has the man’s defender Thomas Bodström previously told TT. But the verdict was appealed to the Court of Appeal and almost two years after he was acquitted in the district court, Alexander Gustafsson is now sentenced to almost 12 years in prison in the higher court.

Alexander Gustafsson’s defender Thomas Bodström was not satisfied with the verdict at all: “A more unjust sentence has never been passed in Sweden”, he said. He believes that the defence was not given access to the pleadings and witnesses and now the burden of proof before the trial, which meant that they did not have the opportunity to ask counter-questions of, for example, witnesses.

Prosecutor Tove Kullberg, however, is satisfied with the verdict in what she says was a difficult case.

“You have to respect that the evidence in this case has been challenging for the courts. The emphasis has been on sophisticated money laundering schemes involving cryptocurrency and analysis of source code, files and databases. There is no previous practice with this type of evidence for the courts to rely on, but this is new and very difficult,” says Prosecutor Tove Kullberg in a press release.

He is now wanted internationally.

Gustafsson has made a fortune through his online drug deals. He was paid in bitcoin and took a profit of 11 million SEK. However, the barely 1,500 bitcoins he earned would have been worth several hundred million dollars today. All this is according to the Swedish news outlet SVT.