Versus Project changes to Invite-only 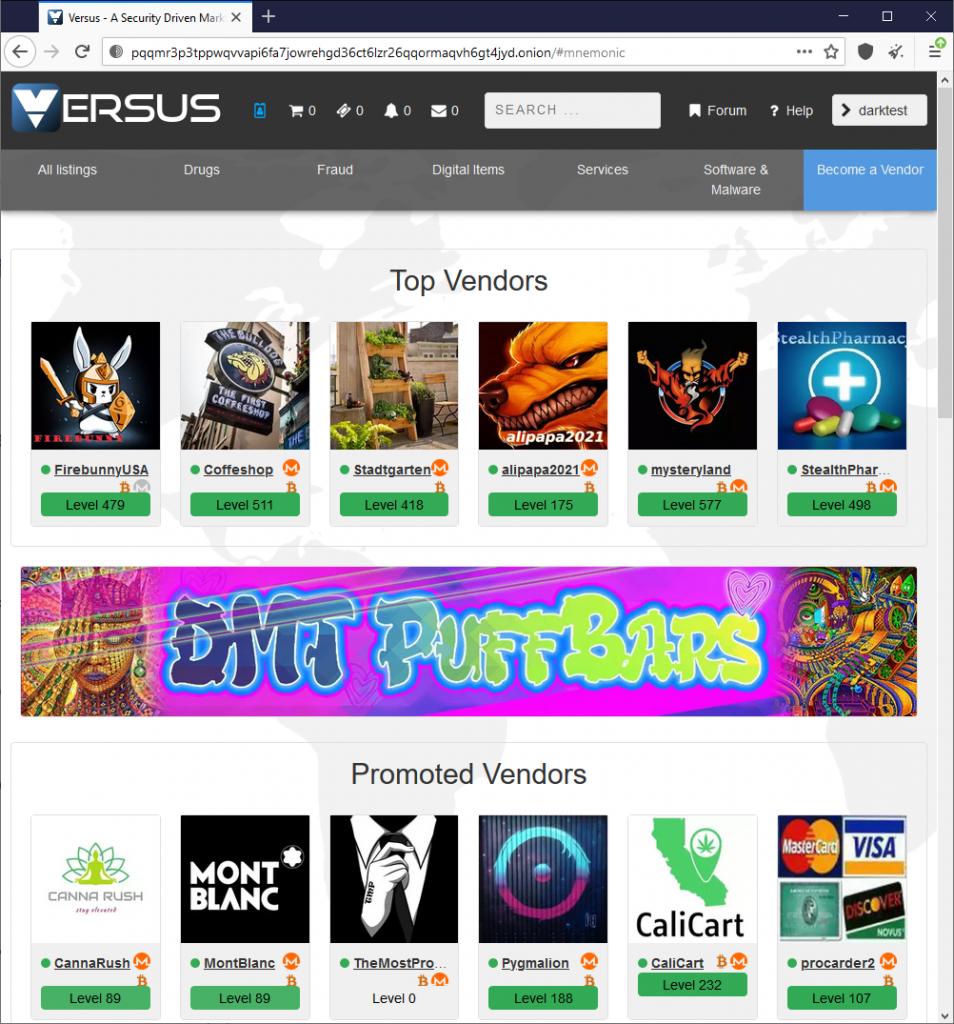 Over the past few months, we have seen multiple major darknet marketplaces close down. For the most part, this has been great news for smaller markets. However, with high traffic comes a magnitude of issues. As a result, the Versus Project decided to close the doors for new users to join the market and has gone “invite-only.”

Since the closure of the two largest darknet markets (World Market and Dark0de), the Versus Project holds the spot as the largest darknet marketplace. The only other market that can compare to Versus Market is Alphabay. As thousands of darknet users looked for a new marketplace, the market began to crash regularly, and quality control became increasingly difficult. While the admins dealt with these issues, the website was consistently under DDoS attacks.

After weeks of pressure and hard work, the market admin “William Gibson” has thrown up his hands and is making drastic decisions to alter the market for the better. On May 6th, in a Dread post titled “That’s all folks,” William wrote:

“Due to the huge influx of users, and an even bigger influx of complete retards. We’ve had an inevitable decline in our support quality in recent months. So we’ve decided to close our registration and convert the market into a private community to keep our quality standards up and idiots out. We never intended to be the #1 Market but here we are. It is time to get back to the roots. We always wanted to provide a high-quality platform for the community, and that is where we are heading again. We prefer quality over quantity. While the recent influx is nice for our wallets, we don’t want to become the next Empire-esque shitmarket. “

Within a few minutes of the post, users could no longer register accounts without a referral.

How do you get an invite for Versus Project?

For a new user looking to purchase items from the darknet, it may be best to look for similar alternative markets such as Archetyp and Alphabay. If you specifically want to join the Versus Projects market, you will need an invite link from one of their vendors. Seek out their vendors through forums such as Dread, and request their invite code. The team also mentioned possible “registration periods” when they are ready to gather more users. However, William claims that the invite codes are limited and monitored, so you won’t be able to invite everybody. Selling codes will also result in banning the vendor’s account.

As for vendors wanting to set up shop, this will prove much more difficult. William explained that Versus “will personally invite you if we believe you are a good match for the community. We aren’t accepting any more applications or vendor bonds.” This decision has also resulted in a rise in phishing attempts. Many users are looking for links to an “invite code” of the Versus Project and are ultimately given a phishing link.

The current state of the dark web is complicated. Now that Versus Project is one of the largest darknet marketplaces, it has a target from every direction. Law enforcement is working 24/7 to take the market down. Competitors are making every attempt to DDoS and crash the website. As a result, customers and vendors have high expectations. In previous years, we have seen top markets crumble from the pressure.

It’s truly a tough choice, but perhaps going invite-only is a necessary step to keep the quality standards up. The marketplace prides itself on being a “community-driven project” and not a darknet marketplace, hence the name Versus Project. Therefore, the community’s opinion on this would have been important to the admin.

The community’s reaction has been overwhelmingly positive, with only a few vendors worried about traffic. Ultimately, the move is an interesting one, but perhaps necessary.