UK is The Biggest Provider Of Cocaine On The Dark Web 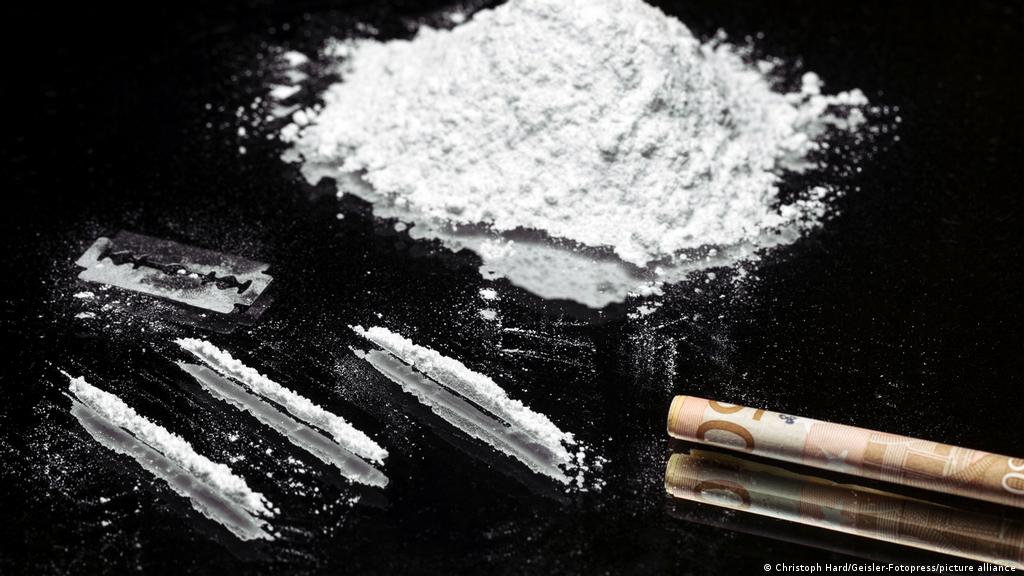 Ladies and gentlemen, the days of the godfather-like drug lords who used to control the trade and supplier of drugs and related substances across the world with an army of loyalists are slowly fading away. As the world advances and new technology trends emerge, so is the trade of drugs.

Just like in any successful business, drug cartels who oversee cocaine production and distribution have shown themselves highly capable of adapting to changing market conditions and threats. In recent years, we’ve seen the emergence of more nimble operations, with new areas of production and new destinations for the end product.

One key change in the production and distribution of cocaine has involved the management, especially the marketing. Gone are the days when the business was dominated by a few powerful empires like the Sinaloa cartel. Everything is changing, and as we speak right now, the dark web is arguably the biggest source of drugs like cocaine.

Unlike the days of renowned drug lords like El Chapo Guzman, when Latin America was in charge of cocaine production and supply, things seem to be a little bit different nowadays. With the advancement in technology and increased use of the dark web, the United Kingdom seems to have stepped in to replace the American countries.

The United Kingdom, made up of England, Scotland, Wales and Northern Ireland, is an island nation in northwestern Europe. Delightfully diverse and bewilderingly beautiful, the Birthplace of Shakespeare has a unique charm that enthrals almost anyone who visits. The only hidden side of the UK is that it’s one of the biggest suppliers of cocaine being traded on the dark web.

According to recent findings, the United Kingdom is now the biggest market place in Europe for secret online cocaine dealing. The country is responsible for a third of the £733million worth of the drug sold each year worldwide on the dark web.

In 2018, the Business Insider reported that the UK was the biggest exporter of the world’s legal cocaine and heroin. But let me tell you something you may not know, you see what happens in the open is actually twice as big in the underground. So today, we report to you that the United Kingdom is also the biggest supplier of cocaine on the dark web

According to confidential reports reaching this publication, the UK exported more than 160kg of illegal cocaine in 2021, far ahead of the next biggest exporter, the Netherlands, which shipped out 40kg the same year. At the same time, the legal export was 80kg and 15kg for the UK and Netherlands respectively.

Legally, Heroin is used as a painkiller in Europe, often as a paediatric nasal spray, while cocaine is sometimes used as a local anaesthetic for minor ear, nose and throat surgery. Those who can’t undergo the whole legal process, especially the doctor’s recommendation, often get it from the dark web.

Remember, cocaine was first used throughout South America to help with working at high altitude and to stave off hunger. It was thought to be a gift from the Gods. It was also used in embalming and trepanning (as a local anaesthetic). In the early 1500s, first commercial production of coca by Europeans as holders of Spanish land grants was allowed to make their tax payments in coca leaves

As we speak, Cocaine is without doubt the most dominant drug in the United Kingdom. In fact, it’s classified as a “Class A” drug, the most serious classification. It’s so common that last December, the Sunday Times reported that “there is a cocaine culture in the UK parliament” from well-known lawmakers to young staffers — on both sides of the political spectrum. So lawmakers even take the drug to parliament.

It’s estimated that a huge chunk of the UK’s $260million cocaine industry on the internet’s sinister underworld is bought by users here. And more and more tech savvy children and teenagers are being drawn into the dark web’s world because it offers a “Harry Potter-style invisibility cloak” in their search for drugs.

Again, the biggest dealers in Britain can rake in up to $90million a year, shipping cocaine to buyers Amazonstyle with same day deliveries from dark web shopping sites hidden from mainstream internet users. They even send shipments in the post. We even came across a listing using the moniker UK County Lines – flogging 1g of “uncut cocaine” with 90 percent purity for $80.

Payment on the dark web forums is through cryptocurrencies including Bitcoin, Monero,Ethereum Litecoin and can be bought through exchange sites using payment services such as PayPal. To access the dark web, one needs special browsers like Tor and a premium VPN. There are many dark web sites, allegedly being administered by UK nationals which only deal with the sale and distribution of Cocaine.

Why Cocaine is Dominant in the UK

The reason as to why cocaine is so common in the UK is that it’s easily accessible and just readily available. In recent days, cocaine is more widely available than in the past, with a ready supply from dealers and fast delivery described as “quicker than a pizza”. Dealers increasingly operate around the clock and will take orders and deliver at any time of day. The average delivery time for these cracks within the country is only thirty minutes. If one delays for more than an hour, then next time the customer just switches to another dealer.

Another factor leading to the increased use and supply of cocaine in the UK is the affordability of the crack. First, it’s sold in small quantities at very cheap prices, basically to make it available for everybody. Imagine the more you buy, the better deals you get. It’s said that the standard price of 3 bags or wraps (with various combinations of crack and heroin) for local consumption is $25 to $30. That for export is averagely being sold at $20 per wrap. In big cities, such as London, Liverpool, Manchester and Birmingham, however, dealers from organised groups trade it on the dark web to evade the authorities.

The organized dealers send people down from London to put them in hotels and get them ready for transportation to various destinations across the world. In other circumstances, long distance deliveries involve some unheard of procedures. One swallows the wraps or undergoes an operation to hide the wraps inside the body then travels to the destination to do the delivery. If the authorities catch up with you, it’s a bad day. If the operation is successful, the result is lots of money.

After buying from the dark web, as we said earlier, vendors have realised that the safest way of transport is by post. This helps in evading checks at air and sea ports in the UK, where authorities are attempting to crack down on the practice. According to a 2018 survey, more than a quarter of British drug users who responded to the survey buy substances from the dark web where they seek to remain anonymous by disguising their location and paying with cryptocurrency.

Locally, there are lots of dealers, at least 10 in each area. Internationally, the groups from London, Liverpool and Manchester have flooded the area because they’re so organized. The level of organization is so high that they simply see a vulnerable group and quickly take advantage. If you happen to have a debt in the past, you could easily be punched.

For sales, street dealers rely on word of mouth and connections while dark web vendors rely on reviews and ratings from customers. Two of the biggest darknet marketplaces – Silk Road and AlphaBay have been shut down but new sellers continue to pop up.

One funny thing, the proportion of drug takers in England seeking emergency medical treatment is above the global average, with an increase partly put down to higher purity cocaine. It therefore doesn’t need rocket science to understand that people who register for legal use of cocaine are part of those involved in its underground distribution.