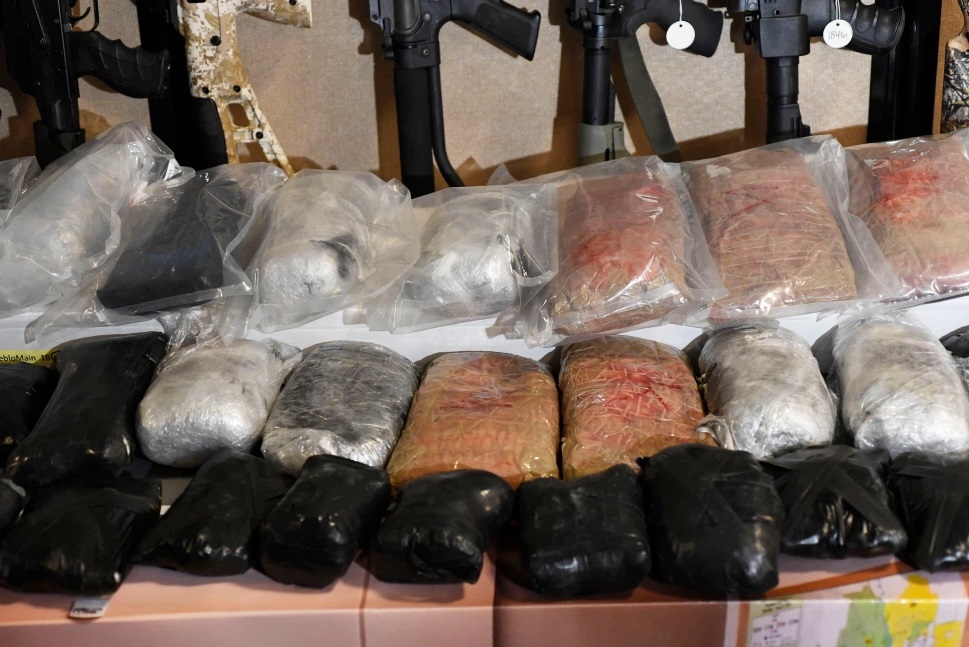 A Georgian man was sentenced to 135 months in jail for buying and selling dark-web Tapentadol. On the dark web, court records showed, he sold Tramadol, Tapentadol, and Etizolam.

Bobby L. Christine, U.S. Attorney for the Southern District of Georgia, said that Sheldon Kennedy, 32, of Springfield, Georgia, will spend the next 135 months in prison for possession with intent to sell Tapentadol; use of a communications facility (U.S. Mail); and possession of ammunition by a convicted criminal. Three years of supervised release will accompany the jail term.

The investigation started in 2019, according to the criminal complaint:

“The United States, including The United States Postal Inspection Service (USPIS), Homeland Security Investigations (HSI), and the Chatham County Sheriff’s Office are investigating Sheldon Kennedy for a dark web drug distribution ring. Based on prior physical surveillance, and border searches, Agents have discovered that Kennedy is shipping controlled substances through the US Mail from the Southern District of Georgia to customers throughout the United States.”

“Sheldon Kennedy clearly didn’t learn his lesson the first time he went to prison as an illegal drug distributor,” said U.S. Attorney Christine. “Years behind bars will protect the community from his poison.”

As described in court documents and testimony, Kennedy – who previously spent time in prison after his conviction for drug trafficking via the notorious Silk Road site on the dark web – attracted the attention of Homeland Security Investigations, the U.S. Postal Inspection Service and the Chatham County Sheriff’s Office in August 2019 because of suspicious domestic and international shipments routed through various addresses, airports and drop boxes.

Kennedy was arrested during a traffic stop on Sept. 16, 2019, and during a subsequent search of his residence, investigators seized thousands of miscellaneous pills, along with computers and memory devices, an AR-style rifle and ammunition, and materials for packaging and shipping. Agents also intercepted multiple packages of controlled substances shipped through post offices in Springfield and Savannah.

Homeland Security Inquiries, the U.S., in August 2019 “According to Postal Inspector Thomas Plumley, the Postal Inspection Service and the Chatham County Sheriff’s Office conducted an investigation into Kennedy after intercepting domestic and foreign parcels “that appeared to be linked to dark web narcotic trafficking.

The packages intercepted showed a UPS P.O. Box and as the return address, a fake name. Investigators visited the UPS store where they found out that no one had leased a P.O. under the name on the packages. At that spot, box.

Later, the Postal Inspector was informed by USPS workers that the individual who had dropped another batch of suspicious packages also had a P.O. Box at the Springfield, Georgia USPS site. A copy of the submission for the P.O. Kennedy was marked as the applicant by Box. To classify shipments Kennedy had obtained at the Springfield P.O., the Postal Inspector used a USPS database. Yeah. Package. Kennedy got several parcels from International Express.

With Kennedy’s name and address, the Postal Inspector returned to the UPS store and checked that Kennedy had applied for a P.O. Box on the spot-the same P.O. box listed on the return address on several of the intercepted parcels.

During the investigation, about a dozen foreign parcels addressed to Kennedy’s alias were intercepted by law enforcement at the UPS P.O. Yeah. Package. At least 500 Tramadol pills or 500 Etizolam pills were in any box. On September 16, 2019, Kennedy was arrested during a traffic stop. Law enforcement officers conducted a search of Kennedy’s home following the arrest. Thousands of pills, laptops, an AR-style rifle, .223 ammunition, and packing and shipping materials were discovered by police.

Kennedy pleaded guilty in December 2019 to Possession With Intent to Sell Tapentadol; Use of a Correspondence Facility (U.S. Mail); and Possession of Ammunition by a convicted criminal. On November 13, 2020, a federal judge sentenced Kennedy to 135 months in jail.