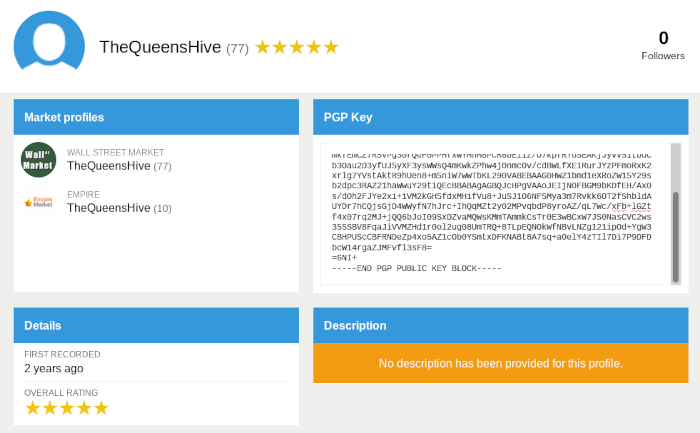 Gilberto Melgarejo (aka “THEQUEENSHIVE”) pleaded guilty today in federal court in Brooklyn to conspiracy to distribute and possess illegal drugs with intent to distribute them over the “dark web.” Co-defendant Brooke Gray pleaded guilty to the same charge on Aug. 10, 2021. Melgarejo and Gray were involved in dozens of transactions on the Dark Web, selling a range of illicit drugs including methamphetamines, fentanyl, heroin, LSD, and MDMA, and taking payment in the form of cryptocurrency. Both defendants pleaded guilty before United States Supreme District Judge Margo K. Brodie. They were arrested on November 14, 2019, in Albuquerque, New Mexico.
Jacquelyn M. Kasulis, Acting U.S. Attorney for the Eastern District of New York, and Ray Donovan, Special Agent-in-Charge, Drug Enforcement Administration, New York Division (DEA), announced the guilty pleas.

“With today’s guilty pleas, the defendants have admitted that they trafficked in potentially lethal narcotics on the dark web in a vain attempt to conceal their illegal and dangerous activities from law enforcement,” said Acting U.S. Attorney Kasulis. “As these defendants have learned, drug traffickers who distribute their poison online cannot evade law enforcement by hiding in the dark corners of the Internet. This office, along with its law enforcement partners, will continue to aggressively target drug traffickers who contribute to the opioid epidemic and harm our communities.”

“This investigation proves that there is no hiding on the dark web when it comes to law enforcement’s efforts to save lives. Their selling point was anonymity, but law enforcement followed the trail of ‘THEQUEENSHIVE’ to the defendants’ base of operations in Albuquerque, New Mexico. With overdoses on the rise, our goal is to dismantle as many drug trafficking organizations on the Internet and on the street,” DEA Special Agent-in-Charge Donovan said.

On the Internet, online marketplaces for drugs and other contraband exist on the “dark web,” a portion of the Internet beyond the reach of traditional Internet browsers and accessible only through networks that mask users’ identities. The “Wall Street Market” and the “Empire Market” were global dark web marketplaces that required their users to trade digital currencies, primarily Bitcoin.

If convicted, Melgarejo and Gray each face life in prison.