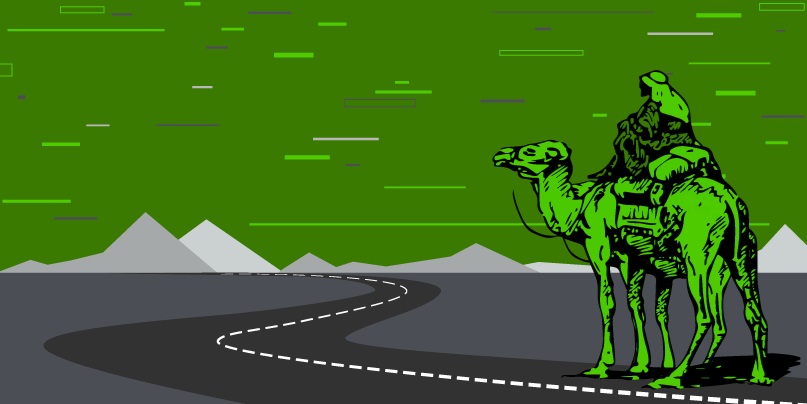 The United States Attorney for the Southern District of New York Audrey Strauss, announced today that Michael Weigand, aka “Shabang” was sentenced today to eight months in prison for making false claims to federal agents about his role in the online illegal black market “Silk Road” and his work for it, which was responsible for trafficking hundreds of millions of dollars of drugs. The false statements by Weigand concealed his involvement in the Silk Road website activity. Weigand had previously pleaded guilty before U.S. District Judge William H. Pauley III, who imposed the sentence today as well.

The attorney said: “Michael Weigand supplied technological advice directly to the leadership of Silk Road, a secret online marketplace for criminal activity. He laundered Silk Road proceeds and traveled overseas to remove Silk Road evidence from a co-conspirator’s residence. Weigand subsequently lied to law enforcement, falsely claiming to have done nothing for Silk Road, and has now been sentenced to prison for that knowing falsehood.”

According to the data, court filings, court statements and evidence submitted by Ross Ulbricht, founder and chief administrator of Silk Road, during the 2015 trial:

In about January 2011, Ulbricht founded Silk Path, owning and running the underground website until it was shut down by law enforcement in October 2013. At the time, the Silk Road emerged as the most advanced and vast criminal marketplace on the Internet. Silk Road was used by several thousand drug traffickers and other unlawful vendors during its more than two-and-a-half years of activity to sell hundreds of kilogrammes of illegal narcotics and other illicit products and services to well over one hundred thousand customers and to launder hundreds of millions of dollars obtained from these unlawful transactions.

Silk Road was explicitly designed to allow its users, through the use of the Tor network and a Bitcoin-based payment system, to buy and sell drugs and other illicit products and services anonymously and beyond the control of law enforcement.

Weigand, a computer programmer and electrical engineer, worked on some aspects of the Silk Road with Roger Thomas Clark, a senior advisor to Ulbricht. Weigand and Clark, for example, worked on the Silk Road website to find technical vulnerabilities. Weigand also supplied Clark and Ulbricht directly with technical guidance. In October 2013, after Silk Road was shut down, Weigand laundered more than $75,000 in proceeds from Silk Road. In addition, at the end of 2013, the Government announced that it had been able to access the contents of the laptop computer of Ulbricht, which named Clark as the right-hand man of Ulbricht; shortly after this disclosure, Clark transferred more than $20,000 to Weigand in Bitcoin, and Weigand travelled to the London residence of Clark and removed evidence from Silk Road.

The IRS and FBI Special Agents questioned WEIGAND in January 2019. “WEIGAND, after being specifically warned that it is a federal crime to make a false statement to a federal law enforcement officer, attempted to cover up his involvement in Silk Road by falsely stating.

Weigand, 59, of Kirtland, Ohio, was sentenced to three years of supervised release in addition to his prison term.

After a jury trial, the founder and operator of Silk Road, Ross Ulbricht, was previously convicted of seven crimes: trafficking of drugs, distribution of narcotics through the Internet, conspiracy to distribute narcotics, participation in an ongoing criminal enterprise, conspiracy to commit computer hacking, conspiracy to traffic false identity documents, and conspiracy to commit money laundering In particular, Ulbricht was sentenced to life in prison and $183 million in forfeiture.