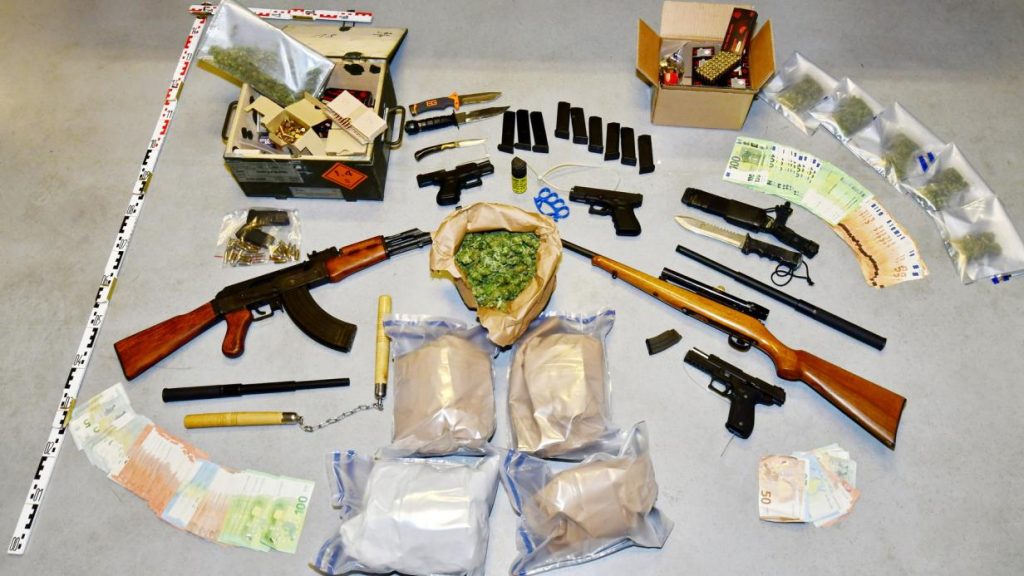 A group of three men and two women are believed to have organized the sale of cannabis on the darknet for several years.

The darknet seller was called “George1580,” but several men and women aged between 33 and 48 were behind the profile. The gang allegedly manufactured cannabis themselves in Lower Austria and Vienna and sold it to all provinces. The drug packages were disguised as, among other things, crunchy cereals and were said to be “very expertly” packaged, an investigator described.

According to investigators, it is the “long-time number one darknet dealer in Austria.” “There were a total of 9,000 orders, the number of unreported cases is likely to be far higher. This involves more than 100 kilograms of drugs worth more than one million euros,” said Nino Kirnbauer of the Vienna State Criminal Police Office. With the sales, the group is said to have made turnovers in the millions. The amount of profit is still being determined, as the goods were paid for exclusively with the cryptocurrency Bitcoin.

On December 8, cannabis in the single-digit kilogram range, cash in the five-digit euro range and three handguns were found with the suspects. Furthermore, a high-value car was seized. Investigators were able to find five plantations with up to 400 plants that had been cultivated in basements and rented apartments.

The three men were arrested and are in custody pending trial, while two women were reported at large. The main suspect – a 34-year-old Austrian – is currently refusing to testify.