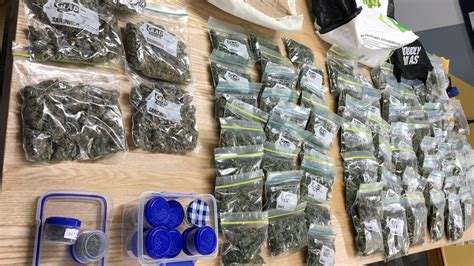 Following an anonymous tip, provided in August 2020, two Montpellier residents aged 42 were arrested and placed in custody last week for cannabis trafficking, as part of an investigation conducted by the unit fighting against drugs and the underground economy of the DDSP 34.

One of them, having for nickname “Free Gardner”, held trade since the Darknet, where he was contacted by customers who placed their order of herb of cannabis (10 € the gram). He bought his supplies in Spain and packed envelopes at his home, which he then sent by post to the homes of his customers.

In view of the success met, the individual not being able to ensure alone the traffic contacted another man who became his right-hand man and whose mission was to carry out the postal sendings. About 300 per month.

Many hours of hiding allowed the investigators to identify the latter, who was arrested in flagrante delicto, on August 24, when he went to a postal sorting with 39 envelopes containing 600 g of cannabis herb. In his car, the police even seized 1.660 kg of grass and 20,600 €, before finding at his home 28 other envelopes with a total weight of 302 g.

The head of the network was apprehended in downtown Montpellier two days later. During the search of his home, €3,300 in cash and some ecstasy pills were found.

According to their hearings, they would have sold, since August 2020, approximately 22 kg of cannabis herb for a turnover of more than 200 000 €.

The two defendants were referred this Saturday, August 28. They were not placed in custody contrary to the requests of the prosecutor but placed under strict judicial supervision and will be convened in November before the criminal court.