Five Czechs sentenced for selling Ecstasy on the Darknet 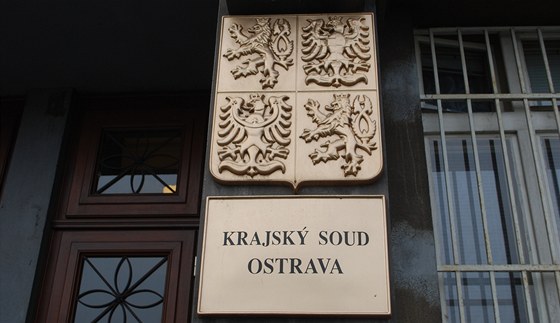 Two prison sentences and three terms of imprisonment. That was the verdict of the Ostrava District Court in the case of a five-member group whose members are charged with trafficking ecstasy in music clubs. According to the files, the organizer bought the drugs through a hidden darknet network on the Internet.

The group’s leader, Michal H., 30, from the Lhotka district of Ostrava, is expected to spend five and a half years behind bars and also lose money from the sale of a Volkswagen Passat and a four-wheeler he bought with the proceeds from the drug deals.

His accomplice Adam B. will be sentenced to four years in prison and will also lose the proceeds from the sale of part of his property. The other three defendants got off with suspended sentences, and two of them have to pay a fine of CZK 100,000.
While the men sentenced to unconditional terms kept the deadline for a possible appeal, the young men with suspended sentences accepted their sentences.

Prosecutor Michal Togner also retained the deadline for appeals, in addition to a condition for the remaining sentences. “I have a bit of a problem with the fact that the better the police work, the lower the sentences,” he said after the trial.

He was referring to the fact that while the defendants had confessed and pleaded guilty, which shortened the trial, they did so only after it was clear that the police evidence was completely conclusive. Thanks to the confessions, however, the sentences were far less than those for the crimes charged.

According to the files, the main defendant bought about 20 000 tablets of the drug Ecstasy over several years through the hidden Internet network Darknet. There is a special access to it, and on its illegal marketplaces are also sold, for example, weapons and drugs.

The defendant paid with Bitcoins and had shipments of 50 to 500 tablets delivered to his address by the Czech Post. With other accomplices, he then sold ecstasy to his friends and other interested parties, for example in a music club on Stodolní Street in Ostrava. He earned almost 700,000 crowns.
At the same time, he set up a cannabis cultivation facility in his basement and also sold dried marijuana.

Police officers got onto his trail after discovering drug traffickers on the darknet in Brno and Prague. The arrested offenders kept records of sales on their computers and listed him as one of their biggest customers. Postal delivery certificates of packages addressed to his address were also clear.

That’s how investigators got on the defendant’s trail long after he had given up drug dealing. Then he repented in court and referred to his family. He claimed he had quit drugs himself and was very sorry.

The court took his remorse and confession into account as it assumed eight to 12 years in prison, while the prosecutor had originally proposed nine years with no conditions.

“In addition to the guilty plea, we also took into account the defendant’s unpunished past. Given the magnitude of the crime, the condition was not an option,” the judge said. The main defendant’s remorse was partially undermined by the fact that he kept the cannabis cultivation facility even after it was closed.

The judge justified the fines of 100,000 crowns for the two convicts on probation as a way for them to feel the punishment in other ways. “So that they don’t feel that nothing has happened, that nothing is happening,” he explained.