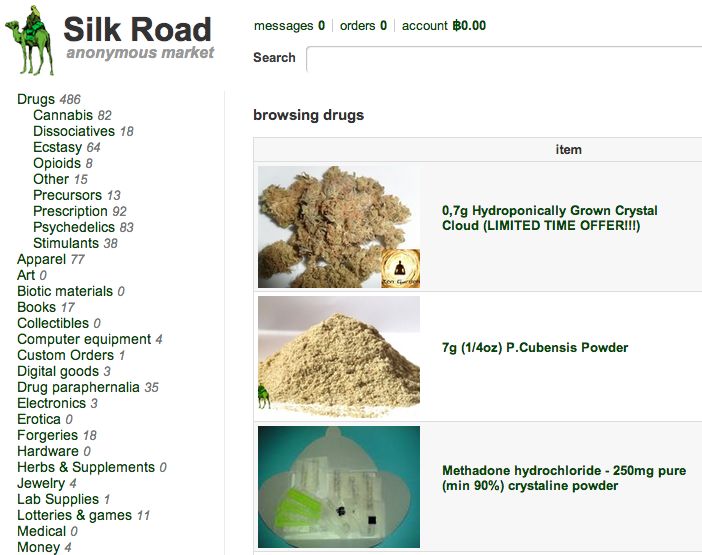 Dark Web Marketplaces are underground markets that are characterized by their use of unidentified access, bitcoin payment with escrow services, and encrypted feedback systems. Since the days of Silk Road, the concept of dark web markets has remained the same.

In these markets, found on the dark web, one can buy drugs, stolen credit cards, weapons, plus other illicit items anonymously. Some human rights defenders may also use the dark web, but I doubt if they have anything to do with the dark markets, their only point of interest is anonymity, but that’s a topic for another day. In this article, we want to have a deeper look at the top five biggest dark web markets in human history, so without much ado, let’s dive in.

Silk Road was the first dark web marketplace in operation. It was opened in February 2011 by Ross Ulbricht but it’s development had started around six months earlier. Silk Road quickly earned a name for itself and it became known as “the internet’s Wild West and the eBay of vice”.

Unlike most of the recent dark web platforms that specialize in a particular product, Silk Road was home to all types of products and services. The market became a haven for document forgers, gun runners, and drug dealers. Even though it only operated for two years, it paved the way for black market operations on the dark web.

Users of the market were able to anonymously and securely go about their business without any interference. This is because the platform operated under a hidden service. Communication was encrypted and business transactions were done through cryptocurrency, mostly Bitcoin. And infact this period became the breakthrough era for Bitcoin.

At the start, Silk Road had a restricted number of new seller accounts, meaning vendors had to buy new accounts during an auction. Later, as the demand became high, the market started charging some fee for every new account. Before it’s closure in 2013, the market had registered almost 900,000 users and boasted a whooping $1.2 billion in sales. Silk Road was eventually shut down in 2013 after the FBI cornered and arrested its operator, Ulbricht.

After the closure of Silk Road, users remained so desperate that they had to look for another option. The desperation resulted in the birth of AlphaBay in December,2014. Many thought this marketplace never had the potential to grow the size of Silk Road. But after only 90 days in operation, AlphaBay had already registered around 14,000 users. It grew so big that before its closure in 2017, it controlled more than 60% of total sales on the dark web.

AlphaBay grew so fast that by October 2015, it had registered more than 200,000 users. At that point in time, it became the largest darknet market in operation. The market even advanced and announced the integration of the escrow system and digital contracts. It also started accepting other cryptocurrencies besides Bitcoin. And at the time it was shut down in 2017, AlphaBay had over 400,000 active users.

The market even grew to be ten times the size of Silk Road. It boasted over 370,000 listings and processed about $700,000 daily transactions. Its demise was as a result of security operational error.

Now, Wall Street Market, like any other darknet market, operated on the dark web known for its anonymity and high level of secrecy. The site integrated an Escrow system and payments were made using cryptocurrencies. The market mainly gained its popularity after the closure of Dream Market.

It was considered the second largest market in the phase of the earth. If you really don’t know what the term “exit scam”means, then Walk Street Market users at the time of its exit can tell you what it really entails. Two weeks before the market’s closure, the site’s administrators reportedly withdrew around $14.2 million worth of digital currencies from the accounts of their vendors. This became the biggest case of exit scam to be reported in the dark web scene’s history.

Before it shut down, the market stopped making payments to vendors who had already completed their orders. Instead of releasing the amounts, the collected funds were transferred into a single wallet and orders were never shipped. Of course users became suspicious, but the operators responded, claiming that they were having some technical problems. They even promised to refund any missing Bitcoin, but they never did.

Over this period, moderators started blackmailing any user who tried to question their services. He shared unencrypted messages and requested for 0.05 Bitcoin, otherwise he would share the details with the law enforcement agencies. At this point, everybody had known that all wasn’t well, and users started counting their losses.

Because the users refused to send the requested Bitcoin, the moderator went ahead and posted the information on Dread, a Reddit-like community for dark web users. This blander led to the arrest of both vendors and moderators.

Hansa became big immediately after the closure of AlphaBay. Buyers and vendors went looking for other sites of operation and Hansa was the best alternative. People started moving to this forum and within a short period of time, it started seeing an increase in the number of users. There were about 1,000 orders every day in response to over 40,000 advertisements on the market.

The Dutch Police at one point reported that the market received daily visitors which grew from 1,000 to over 8,000. In response, the market grew its foot print to over 1,800 vendors. You see, most vendors and buyers saw Hansa as their only solution after the closure of AlphaBay, but little did they know that the market was being operated by the police undercover. After collecting information from over 50,000 cryptocurrency transactions, the authorities shut down the market. It is believed that the authorities garnered a lot of information about the dark web scene through their undercover operation of Hansa. This gave most dark web users a very crucial lesson.

No one can really explain what led to the closure of Dream Market in April 2019. The market just shut down under unclear circumstances. The administrator however informed the users of the time of its closure, and so they were able to access their accounts and withdraw funds.

Dream Market was one of the longest markets in operation(about six years), because of its one tight-lipped administrator known as ‘Speedsteppers’ . Unlike Silk Road founder, Ulbricht, who constantly gave his views, Speedsteppers always kept everything on the down-low. The site had become so popular that at the time of it’s closure, it was generating millions of dollars every week.