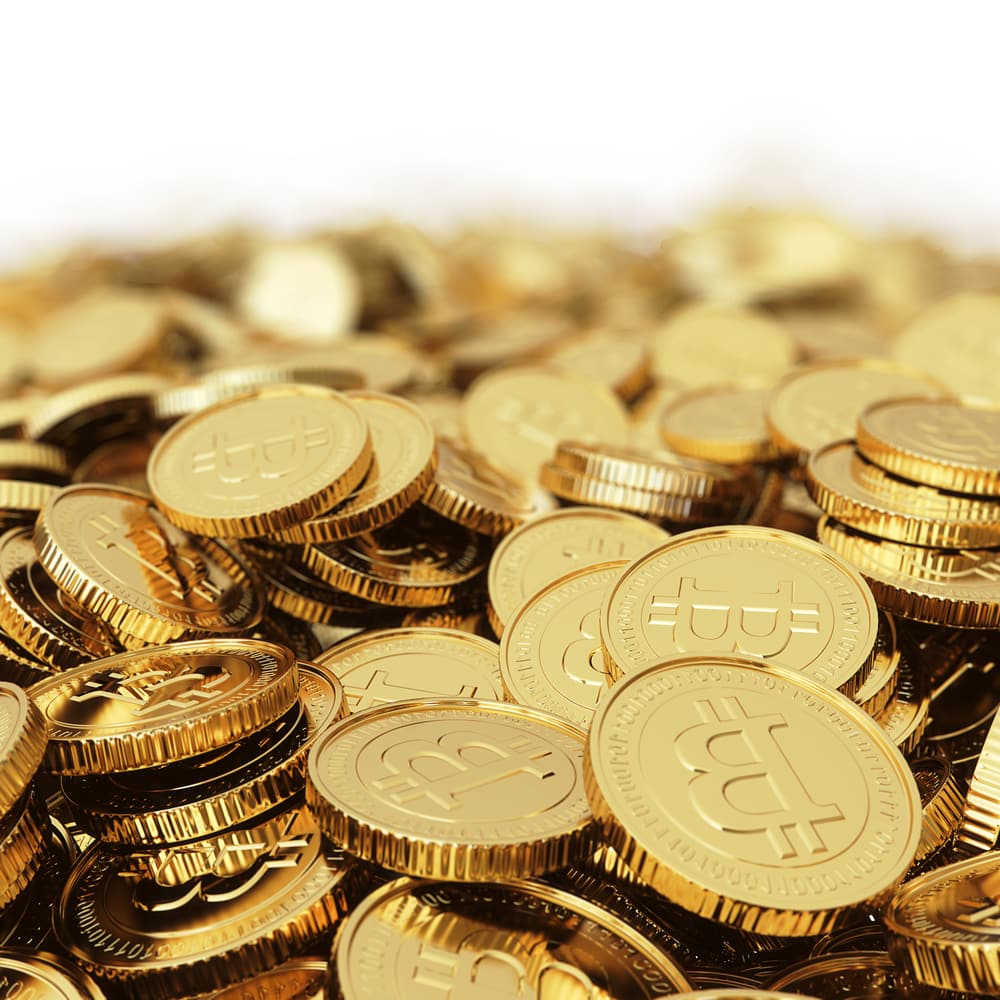 In connection with the Silk Road Dark Web Fraud, the U.S. Attorney has announced a historic $3.36 billion cryptocurrency seizure and conviction. Over 50,676 Bitcoin were discovered hidden in devices in the home of the defendant, James Zhong, in November 2021. Zhong has admitted guilt to illegally obtaining those bitcoins from the Silk Road Dark Web in 2012.

James Zhong admitted to committing wire fraud in September 2012 when he illegally acquired more than 50,000 Bitcoin from the Silk Road dark web marketplace, according to an announcement made by Tyler Hatcher, the special agent in charge of the Internal Revenue Service’s Criminal Investigation, Los Angeles Field Office (“IRS-CI”), and Damian Williams, the US Attorney for the Southern District of New York. On Friday, November 4, 2022, Zhong entered a guilty plea before United States District Judge Paul G. Gardephe.

On November 9, 2021, government enforcement confiscated roughly 50,676.17851897 Bitcoin, which was then valued at over $3.36 billion, from Zhong’s Gainesville, Georgia, home as a result of a judicially issued premises search request. This seizure, which is still the second-biggest financial seizure in the history of the U.S. Department of Justice, was at the time the largest cryptocurrency seizure in the Department’s record. Approximately 51,680.32473733 Bitcoin, Zhong’s 80% stake in RE&D Investments, LLC, a Memphis-based business with significant real estate holdings, $661,900 in cash taken from Zhong’s residence, and different metals recovered from Zhong’s home are all subject to forfeiture requests from the government.

“James Zhong committed wire fraud more than ten years ago when he took almost 50,000 Bitcoin from Silk Road,” stated U.S. Attorney Damian Williams. The whereabouts of this substantial amount of missing Bitcoin have grown into a $3.3 billion mystery over the course of roughly ten years. Law enforcement discovered and retrieved this impressive hoard of criminal money thanks to cutting-edge cryptocurrency tracing and traditional police operations. This case demonstrates that we will continue to pursue the money, regardless of how well it is concealed, even if it leads to a circuit board at the base of a popcorn container.

Tyler Hatcher, the special agent in charge of the IRS-CI, stated: “Mr. Zhong carried out a complex plot to steal bitcoin from the infamous Silk Road Marketplace. Once he had pulled off the theft successfully, he made an effort to conceal his loot through a series of intricate transactions, hoping that his secrecy would be strengthened by his use of the “darknet.” The greatest in the world at tracking down money online or wherever our financial investigations take us are IRS-CI Special Agents. We’ll keep collaborating with our colleagues at the US Attorney’s Office to find these offenders and prosecute them.

The Fraudulent Scheme of Zhong

An example of a “darknet” black market was Silk Road. Between roughly 2011 and 2013, when Silk Road was in operation, it was used by a large number of drug traffickers and other illegal vendors to sell large quantities of illegal drugs and other items and services to numerous customers and to launder all of the money that went through it. In 2015, the originator of Silk Road, Ross Ulbricht, was found guilty by a unanimous jury and given a life sentence after a trailblazing investigation by this Office.

In September 2012, Zhong carried out a scheme to steal money and property from Silk Road by (a) creating a string of about nine Silk Road accounts (the “Fraud Accounts”) in a way that concealed his identity; (b) triggering over 140 transactions quickly to trick Silk Road’s withdrawal-processing system into releasing about 50,000 Bitcoin from its Bitcoin-based payment system into Zhong’s accounts; and (c) transferring this BitCoin to Zhong’s accounts.

Zhong neither listed any goods or services for sale on Silk Road during the September 2012 fraud nor did he make any purchases there. The Fraud Accounts were only a means for Zhong to cheat Silk Road of Bitcoin; Zhong registered the accounts by supplying the absolute minimum of information needed by Silk Road to create the account.

Between 200 and 2,000 Bitcoin were first deposited into the Fraud Accounts by Zhong. Following the initial deposit, Zhong swiftly carried out a number of withdrawals. Zhong was able to extract much more Bitcoin from Silk Road through his fraud operation than he had first deposited. As an illustration, Zhong transferred 500 Bitcoin into a Silk Road wallet on September 19, 2012. Within the same second, or less than five seconds after making the initial deposit, Zhong carried out five simultaneous withdrawals of 500 Bitcoin each, for a net gain of 2,000 Bitcoin. Another fraud account, for instance, initiated a single deposit and over 50 Bitcoin withdrawals before ceasing to function. This Bitcoin was removed from Silk Road by Zhong, who then combined it into two large sums in a matter of days.

Nearly five years after Zhong’s fraud, in August 2017, Zhong received a matching sum of a related cryptocurrency — 50,000 Bitcoin Cash (“BCH Crime Proceeds”) — on top of the 50,000 Bitcoin. This was done solely because Zhong was in possession of the 50,000 Bitcoin that he had illegally purchased from Silk Road. Bitcoin split into two cryptocurrencies in August 2017 thanks to a hard fork coin split: the original Bitcoin and Bitcoin Cash (or “BCH”). Any Bitcoin address with a balance (as Zhong’s addresses did) had the exact same balance on both the Bitcoin blockchain and the Bitcoin Cash blockchain at the time of the split.

Zhong therefore had 50,000 BCH as of August 2017 in addition to the 50,000 Bitcoin that Zhong had illegally purchased from Silk Road. Following that, Zhong converted all of the BCH Criminal Proceeds into more Bitcoin via a foreign cryptocurrency exchange, totaling almost 3,500 Bitcoin in additional crime proceeds. Thus, by the end of 2017, Zhong had amassed over 53,500 Bitcoin in total as the profits of crime (the “Crime Proceeds”).

Seizure of Forfeitable Property by the Government

At Zhong’s Gainesville, Georgia, home on November 9, 2021, IRS-CI officers seized approximately 50,491.06251844 Bitcoin of the Crime Proceeds in accordance with a judicially approved premises search warrant (the “Search”). Of the approximately 53,500 Bitcoin Crime Proceeds, law enforcement specifically found 50,491.06251844 Bitcoin in an underground floor safe and on a single-board computer that was hidden under blankets in a popcorn tin kept in a bathroom closet. Law authorities also found $661,900 in cash, 25 Casascius coins, which have a physical bitcoin worth of almost 174 bitcoins each, 11.1160005300044 more bitcoins, four one-ounce silver-colored bars, three one-ounce gold-colored bars, four 10-ounce silver-colored bars, and one gold-colored coin.

Zhong started voluntarily turning over to the government any extra Bitcoin it had access to but had not yet spent starting in or around March 2022. Zhong voluntarily gave up a total of 1,004.14621836 more Bitcoin.

Zhong, 32, pleaded guilty to one count of wire fraud, which carries a possible 20-year prison sentence. Zhong is from Gainesville, Georgia, and Athens, Georgia.

Congress has set the maximum sentence that could be imposed in this case; it is presented here solely for informative purposes; the court will decide how to sentence the prisoner. On February 22, 2023, at 3:00 p.m., Judge Gardephe will sentence Zhong.