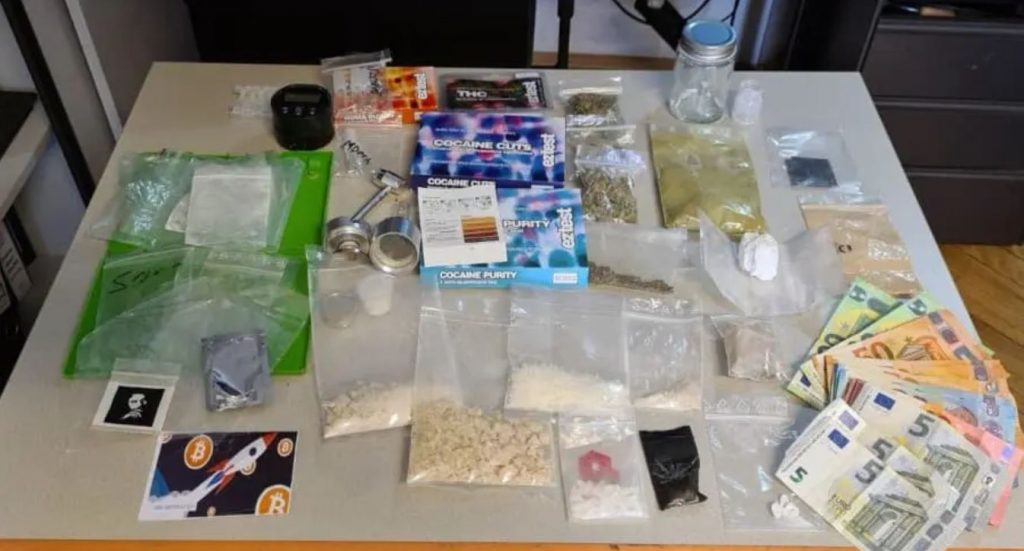 Authorities in Upper Austria have detained a man accused of importing drugs bought on the dark web.

The Wels criminal police arrested a 43-year-old man from Wels for reportedly acquiring huge quantities of methamphetamine, cocaine, and heroin on the darkweb, according to the Upper Austria State Police Directorate. The drugs were reportedly brought into Austria by the defendant.

Following a long investigation into the 43-year-old suspect’s conduct, the Wels criminal police detained him. Three parcels of drugs destined to the suspect’s home were intercepted and recovered by the detectives during the course of the inquiry. The narcotic parcels were said to contain a total of 300 grammes of cocaine, 550 grammes of heroin, and 50 grammes of methamphetamine.

The investigators executed a search order obtained by the Wels public prosecutor’s office at the suspect’s residence on June 14, 2021. During the search, officers discovered 25 grammes of cocaine, 100 grammes of heroin, drug-making tools, and a weapon.

Electronic devices were also seized by the officers. According to reports, forensic analysis of the devices indicated that the suspect had three cryptocurrency wallets, each of which had transacted six figures (in Euros) in bitcoin since early January 2020.

The officers also discovered that the suspect had ordered and received 26 narcotics parcels from a Dutch darkweb merchant on an unidentified marketplace since January 2020. The vendor in question is currently being investigated by German authorities.

At the conclusion of the search, the 43-year-old was apprehended and held in custody waiting his trial.